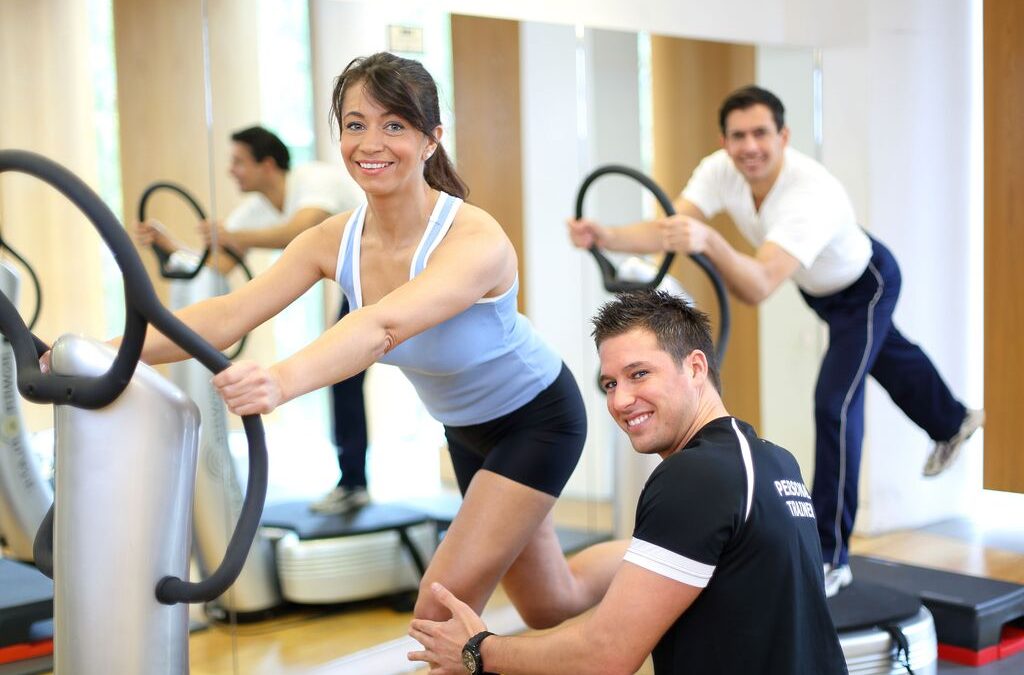 You may have seen vibration machines before in the gym. You can stand, squat or sit on them, or perform any number of other exercises or poses as part of your training.

The platform vibrates, and depending on who you listen to, this gives you a number of benefits. You can reduce body fat, increase bone density, and improve strength, among a number of other claims. 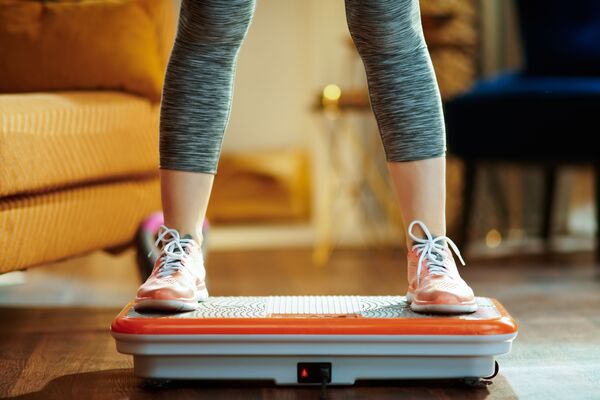 Vibration training can be done on a number of different platforms, of different sizes, giving different types of vibration. You can even train at home.

I’m going to look at the claims of one supplier of vibration platforms as an example. I’ve chosen this example because they make a number of common claims. In this article we’ll check the research to see how these claims stack up.

They also make some errors in their thinking that are really helpful to look at. The way they handle ambiguous evidence, and research that doesn’t support vibration training, is instructive! It’s a great example of the critical thinking mistakes anyone can make when a tightly held belief is challenged.

This site claims that the vibrations of the platform lead to greater central nervous system stimulation than traditional strength training. This then leads to greater strength benefits.

Most professionals agree that the efficiency and timing of our muscle fibre recruitment has a lot to do with our strength. So this claim makes sense. But what does the research say? It turns out results have been mixed, at best. 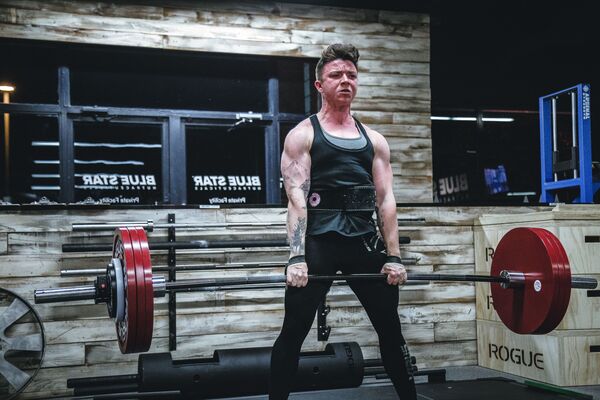 But make sure we aren’t comparing apples and oranges

We need to know what we are comparing vibration training to when reading the research. Any stimulus on the muscle is better than none at all, so a non-exercising control group isn’t a fair comparison.

Most of the research I could find did the same exercise program under two conditions. In one group vibration was used throughout the workout (often between sets of resistance exercise). The other had no vibration exposure. But both groups trained.

We also need to know what sort of vibration is used. Some machines provide vertical oscillation. That is, they move up and down. Others provide horizontal (side-to-side) movement. Then we get differences in how much movement there is (the amplitude of the vibration), and the speed (the frequency) of the vibration.

It’s possible we get different effects from different vibrations, so this is important. 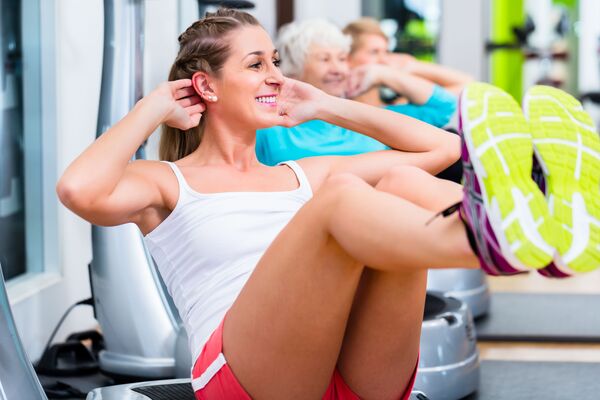 Training on a vibration platform can be done using a combination of static poses, body weight movements, and adding load with bands or dumbbells, for example.

So what does the research tell us about improving muscle strength?

The earliest systematic review I could find was from 2007. The authors identified five studies to that point that were well-designed, and four showed no difference in performance to traditional weights training.

Since then, the research has not been encouraging. Some studies have shown no benefit (this one too, but the authors tried to be positive in their reporting of results), while other research showed some promise.

If there is an effect, it seems to occur at higher frequencies (40Hz or greater). 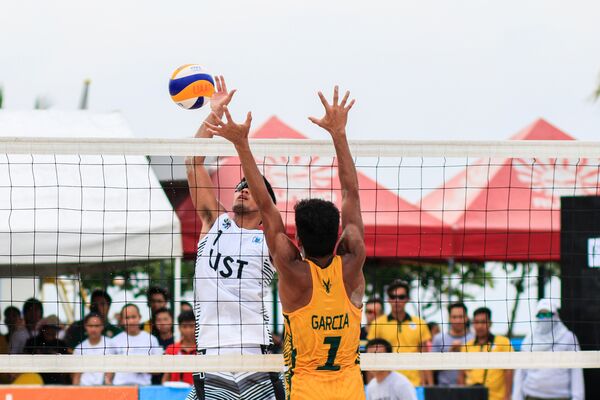 This paper on volleyballers isn’t great evidence for the benefits of vibration training.

In my opinion (because I can’t know the intent of the authors) it’s likely that “p-hacking” * has occurred here. This means the authors went hunting for positive results to make their paper more likely to be published.

Much of the other research has also used cross-over designs. That’s when participants take part in both conditions, but in a random order. This means each participant is a member of both groups, reducing the differences between groups – after all, they’re the same people. This study didn’t do that.

Other studies showing positive results didn’t use an exercising comparison group at all. Sure, it might give us a better effect than doing nothing at all, but usually the choice isn’t between exercise and nothing. It’s between one exercise, and another. Neglecting to compare to something that we already know works doesn’t help us make a decision.

What about the more recent research on strength and vibration training?

The earlier research we discussed above was mostly looking at people that were pretty active. More recent research has looked at other populations, such as the elderly and those with chronic conditions.

And again, evidence is mixed. Reviews of this research has shown no benefits from vibration training over regular resistance training in those suffering from osteoarthritis in the knee, or for post-menopausal women. Mixed results were seen in the elderly, and those with multiple sclerosis.

I couldn’t find any reviews that showed clear benefits from adding vibration to your exercise routine. 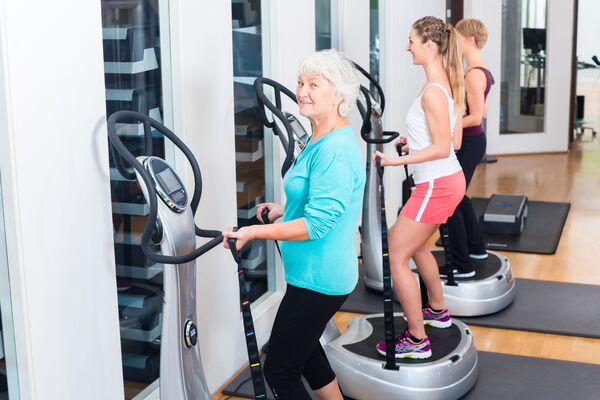 Vibration training for strength has shown benefits for some populations, but not consistently.

The website we looked at makes some claims about high energy expenditure, and generating fatigue faster.

There is some research showing that vibration increases the energy cost of resistance exercise, so this is plausible. We don’t see this with horizontal oscillation, only vertical.

But while vibration can help use more energy in a workout, it’s not a game-changer. Changing the weight, the speed of the lift, and your exercise choice will also change the energy cost of the exercise.

The author also claims that cellulite is broken up by vibration, allowing energy contained in the fat cells to be used. That’s not how fat metabolism works, but this is a fairly common claim.

Regardless, let’s say we have discovered some new way to utilise fat stores and help us lose weight. We should see it demonstrated in research, with overweight clients benefiting more from vibration than other exercise! But the change in energy cost just isn’t big enough to have a dramatic effect.

But if the research shows it works, isn’t that enough?

An even more recent meta-analysis found a very small effect from vibration training in the studies analysed (less than a kilogram of weight loss). But most of these studies were again not comparing the vibration training group to regular resistance training. Those that did found no difference.

Again we see that the quality of evidence is low, and higher quality evidence tends to show no effect. This isn’t promising. 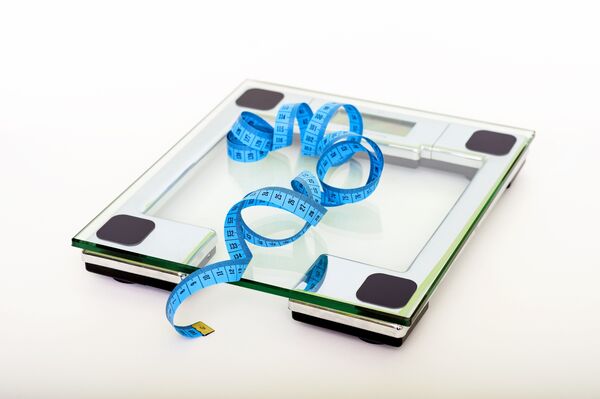 While vibration training may have an impact on energy expenditure, it’s not big enough to show up in weight loss research so far.

It is claimed that vibrations can increase osteoblast activity. These are the cells responsible for laying down new bone, and they do more of this when stimulated. It’s well known that exercise can provide this stimulus, helping us to maintain bone density later in life, and delay or prevent osteoporosis.

And vibration has also been shown to have this effect… in mice. In people the story has been less positive. A 2009 review found small effects in the leg and hip bones, but no higher. And again we see some issues with the quality of the research. Later, well-designed research has found no effect.

Much of the research has been done on post-menopausal women, and most has showed a positive effect of vibration on bone density. But when a comparison group of resistance training is used, there is often no difference.

So are there any clear benefits?

Absolutely. When someone lacks the ability or will to do other exercise, whole-body vibration is a decent alternative. In older populations it has been shown to improve walking, and reduce the risk of falls.

But for the rest of us, we’d be better off doing some resistance training. Or if we are looking for a weight loss effect, paying more attention to our diet and overall energy expenditure. 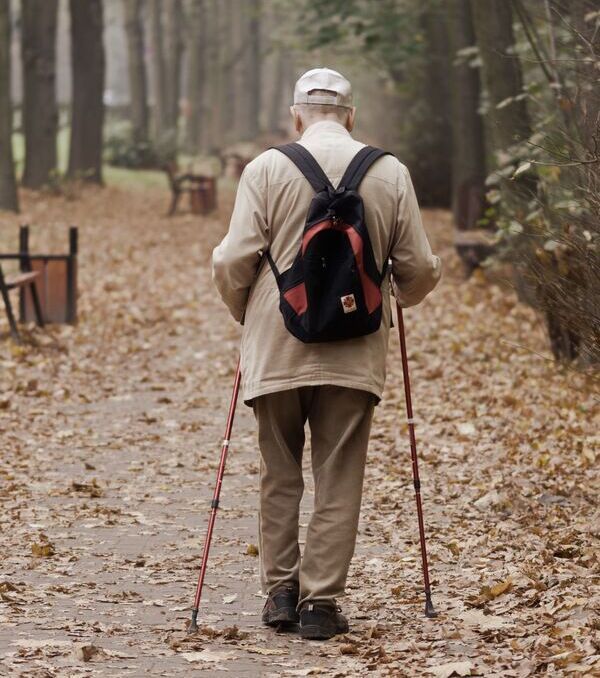 Vibration training can help reduce our risk of falling as we age. For those who are too frail for resistance exercise, it can be a safe, useful alternative.

How do we deal with evidence that disagrees with us?

We’ve discussed this before, somewhat tongue-in-cheek.

What’s really interesting about the site we’ve examined is how critical they are of research that does not support the use of vibration training. And given how much of it there is out there, it’s clearly an issue they need to address a lot.

They address this evidence in a couple of ways.

Above you see an example of the genetic fallacy, which is when someone tries to attack the credibility of a source to make their evidence seem less reliable. You see, scientists are just not smart enough to find the positive results we know we will see! Or they’re liars!

The author thinks this because he’s approaching this issue the wrong way around. He hasn’t formed his opinion based on evidence. Instead, he’s interpreting evidence based on how it agrees with his opinion. This opinion is formed from personal experience, and confirming anecdotes he sees in the gym when people use his equipment.

When the evidence disagrees, he will likely be critical of it. This is confirmation bias, another popular topic here at Critical Fitness.

But on the other hand, his personal experience and testimonials that confirm the opinion are likely to be accepted as evidence.

But why is the research on vibration training contradictory? Are scientists just stupid?

No, they’re not. But often people are surprised just how much research can provide conflicting results.

Science is hard, and expensive, and time consuming. We’ve identified some methodological flaws earlier, but these are not usually due to dishonesty. Often they are due to time constraints, difficulty getting participants to commit, limited resources, and the pressure to publish high volumes of research in an extremely competitive field.

And that’s before you consider all the differences in training protocols and machines mentioned above, and the wide range of different participants we want to observe. So of course we will see a range of results.

And in research we can’t control everything

And then there’s random chance. People respond differently to a training stimulus. In any group of people, some may respond well, and others less well. Even when their training is identical. 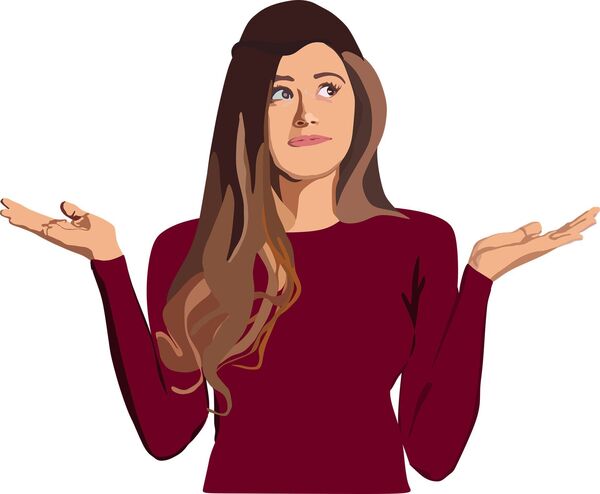 If you want to use a vibration platform, go for it. It won’t do any harm if you are sensible, but it probably won’t help a whole lot.

We need to have a look at a large body of research to get a feel for the general consensus, if there is one. We could interpret the research so far as a shrug. Sure it might work, but probably not very well, for most people, most of the time. And certainly not any better that going for a run or lift some weights instead.

The only reason to be mad at “most researchers” is because you have a vested interest in these machines, or poor critical thinking ability.

* the term “p-hacking” refers to the p value, which is the likelihood that a statistical result could be obtained through chance alone, rather than a real effect of what you were measuring. A lower p value means you can be more certain the result is real.

← Personal trainers are not nutrition experts. Here's how we know Do I need to drink at least 8 glasses of water a day? →