Personal trainers’ advice to women is not always based on evidence. 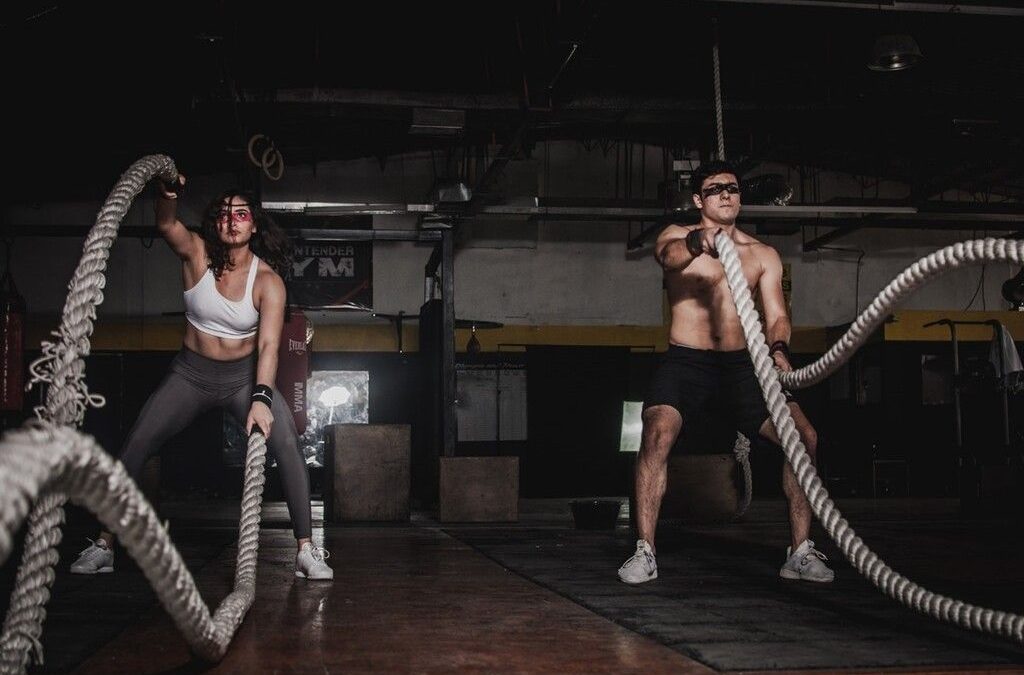 The gym used to be a place for men. Big men, lifting weights, in a sweaty, poorly ventilated, dirty basement. There were rarely even personal trainers there to give advice, let alone any women training.

There is still a place for this kind of gym for anyone that wants to train there, but thankfully the stereotype has changed. Anyone can find a gym that suits them, from Curves to CrossFit.

And personal trainers give better advice now, right? In 2021 we don’t still promote gender stereotypes about what exercise women should do? Do we?

Trainers’ advice should reflect the needs and goals of the client. And the different advice offered to clients should be based on evidence, not perceptions or tradition.

Some new research has looked at the differences between the advice trainers gave men and women, and we are going to take a closer look at that today. It turns out we still have some work to do.

Is gender in the gym still an issue?

It depends on the gym, but probably! If you aren’t sure what I mean, just ask a young woman who works out in the heavy weights area of a gym if they get unwelcome attention from men. 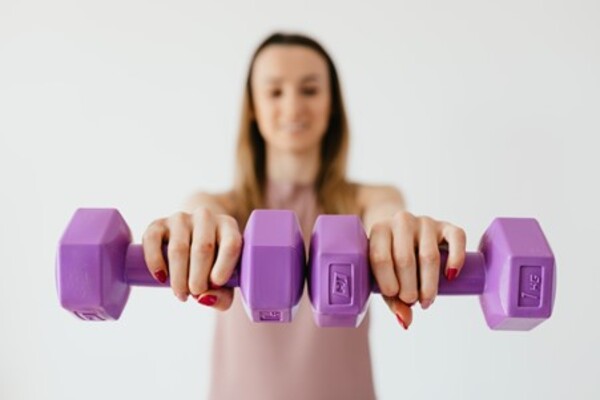 Back in the day if a personal trainer prescribed weights training for women, it was with light weights, and doing lots of repetitions, to avoid the horror of actually gaining some muscle.

And if you go back long enough, strenuous exercise of any sort was thought to effect the reproductive ability of women, and was avoided.

We’ve known strength training in women is effective, safe, and provides the same benefits as men for a long time.

So while many of us (and most personal trainers) have moved beyond these stereotypes, these exercise stereotypes unfortunately remain.

Is the advice trainers provide helping to break down these stereotypes, or reinforce them?

We talked about this before. The advice we get from personal trainers could vary significantly, based on their education, as well as preferences and biases.

And many trainers have no problem extending their services beyond their scope of practice, even though their knowledge is poor.

So could personal trainers giving advice to women be spreading misconceptions about exercise? Could they be reinforcing tired old myths, that should be forgotten by now? It’s possible, and research published in 2020 tells us more.

The authors of this study gathered personal trainers into a series of focus groups. They asked some questions to spark discussion, recorded the conversations, then analysed them for themes and patterns.

There were seven focus groups in total, with 19 trainers taking part. They had varied levels of education and experience, and both men and women took part.

Some of the findings were positive! Personal trainers consistently advised both men and women to have a more relaxed attitude around diet and exercise, and not to be too rigid in their approach. 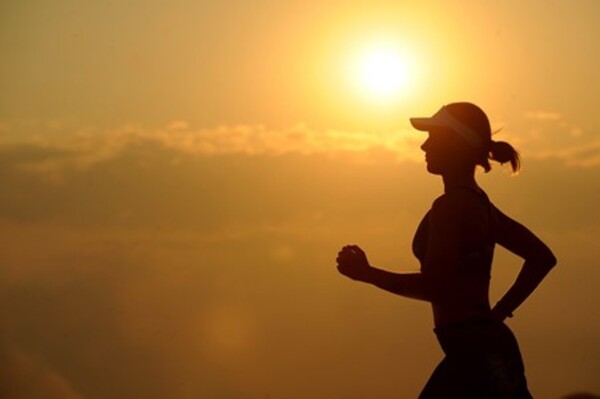 It’s hard to go wrong when trainers help people find a style, and routine, of exercise that matches their needs and preferences.

But personal trainers did give men and women different advice in a few ways. And unfortunately, a few of the old stereotypes survive.

Thankfully, this was not common among the trainers in this research. But any personal trainer telling a female client to avoid heavy weights should hand in their gun and badge. It’s appalling.

One trainer gave a reason that was even more appalling:

They start to build [muscles], then they burn fat… people stop getting their periods because of low body fat; that’s when it gets sick again.

So the trainer here was concerned about weights training (not a significant contributor to weight loss), but not cardio training or extreme dieting. I have no idea what they’re thinking. This is a good reminder that many trainers have minimal education, and only a shallow understanding of physiology.

While trainers were comfortable providing detailed, specific advice to women, they were less likely to do this for men. There are two reasons we will discuss for this… and one will be very familiar to anyone who’s worked in a gym.

On average, men will be stronger than women (I know, shocking). So some trainers thought this meant men are more suited for heavy weight training. They didn’t feel the need to guide their exercise as much.

As we identified in the introduction, this is garbage. The relative benefit they can gain from their training is about the same. Men aren’t somehow innately more suited to lifting weights, or more gifted or knowledgeable.

Most trainers have moved past this type of misconception. But as we can see here, it persists in some.

This is where I could not agree more with the trainers in these focus groups, based on my experience in gyms.

Trainers thought that men had more confidence in the gym and would be less receptive to advice. Even if they saw an exercise technique that needed to be corrected, they may not volunteer their help.

They were also (particularly the female trainers), were worried about aggression if they offered unwelcome advice. So unless the male gym member already had an established relationship with a trainer, they wouldn’t get unsolicited advice.

The confidence of male members may not be a good thing – men that attend emergency departments after a gym injury are much more likely to have hurt themselves trying to lift too much! 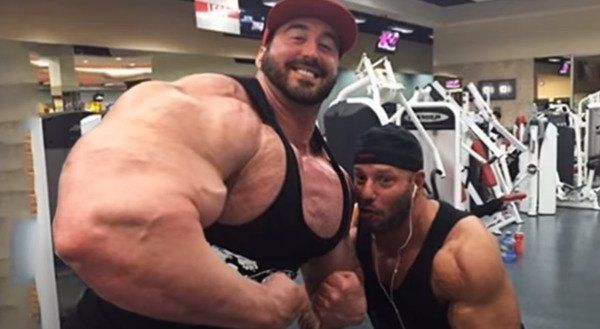 Believe it or not, some guys who train in gyms are… kind of meatheads.

This seems positive at first. It seems trainers are trying to help women avoid some unhealthy exercise and diet behaviours while trying to reduce body fat, by focussing on moderation and sustainable habits.

Why didn’t this happen for men too?

These trainers perceived high levels of exercise as a negative for women only. And if women also strived to control their food intake, this was more likely to be compared to disordered eating and exercise.

Being aware of disordered eating and exercise is great. But trainers seemed to think a man could exercise to a high level, and have a regimented, healthy diet. They were not concerned about the prospect of muscle dysmorphia, even though this is often seen in young men.

Why can’t a woman train like this, if it’s safe and appropriate for them to do so?

A personal trainer demonstrating caution in their advice is great. But this is clearly affected by bias, so we still have work to do.

Personal trainers gave advice to both women and men about how to prioritize, and get the best result, out of their exercise and healthy eating.

The exercise advice was more about doing what was practical and convenient to fit in, rather than being too rigid, or setting lofty goals. The authors propose that this is a reaction to a modern trend towards clients trying to do too much and setting unrealistic goals about attendance and achievement.

Dietary advice was mixed in quality, as long-time readers of this site would expect.

Trainers talked about providing general healthy eating advice, including all the major food groups, and for the most part avoided specific diets and meal plans. They complained about the emphasis some clients would put on supplements and protein shakes, rather than eating well.

But some talked about eating “clean” food, and others were suspicious of complex sounding chemicals that may be in the ingredient lists. Both are awful ways to talk about food, and can lead to unnecessary anxiety in clients. 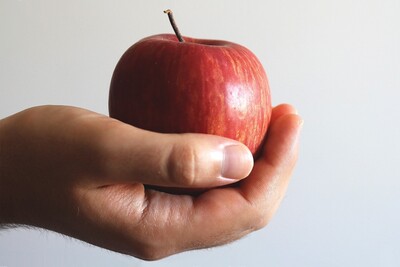 There is no “clean” or “dirty” food. There’s just food you can have every day, and food you should have occasionally.

Personal trainers advised women to focus on performance, not appearance

Trainers were clearly concerned about the effect their advice could have on women. They focussed their advice on performance. Lifting more, running further, etc.

But just like the advice about exercise and energy balance discussed above, men were less likely to get this advice. Trainers were happy to talk about appearance, and fat loss, with men, again despite the body image issues that we know can affect men.

What should we take away from this study?

But we have issues with the differing advice trainers give men and women at in the gym. Some trainers are more cautious with their female clients about weights training, training volume, and appearance goals, than they are with men.

As usual, we advise against getting carried away with any one study. And a qualitative study like this one means fewer trainers involved, and more interpretation on behalf of the authors.

There were also some inconsistencies in the conditions of different focus groups. For example, there were differences in size, which can influence the amount of discussion the group setting generates.

And in some groups, all the personal trainers worked together, and knew each other. These existing relationships could influence the way people behave in the groups. And of course, among co-workers in a gym there may be a consensus on what is appropriate for men and women in that setting, that would be different elsewhere.

Some of the old misconceptions around women lifting weights clearly survive.

And even when we good advice is given to women, we are less considered and cautious when it comes to men. Almost like we think we don’t need to be as careful with men, because they can handle it…

…In reality, we should be giving considered, cautious advice to our male clients too.

But please think there should not be any differences in the exercise advice personal trainers give men and women. There are differences in injury profiles and risks. We have different anatomy and physiology in some key areas. For example:

There are further, age related differences, such as the higher risk of osteoporosis in women. So advice may differ, but based on evidence, not biases.

These trainers seemed to want to protect their female clients, while being willing to let male clients and gym users push harder, get less help, and focus on appearance. Advice should be informed by the history, ability, and needs of the client, not by their gender.