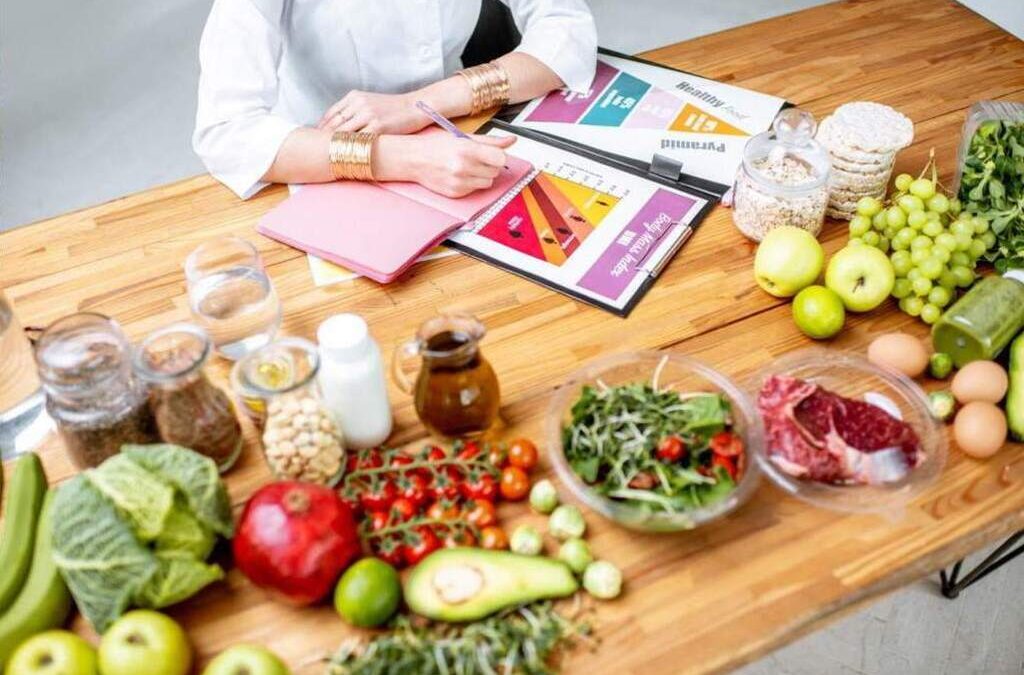 The Dietitians Association of Australia recently announced it would no longer accept corporate sponsors from within the food industry. So I thought this would be a good chance to discuss this type of funding. Is “Big Food” ruining nutrition advice? How does funding effect the advice we receive? Are our opinions influenced by this type of funding?

The sponsorship of organisations that give nutrition advice is controversial. Some people claim this sponsorship influences the advice that is provided. They may even claim that healthy eating recommendations, and the research informing them, are flawed because of this relationship.

Is this reasonable? We should be aware of who funds research, and any influence this funding may have. But the criticism has been a little over the top.

This is not a new issue

In fact, controversy around the funding of nutrition advice has been an issue for quite a while. The CSIRO, Australia’s peak body for scientific research, released a book in 2005 outlining an eating pattern that was at odds with dietary guidelines of the time.

The issue was that higher than recommended amounts of dairy products and meat were a part of this diet (known as “The Total Wellbeing Diet”). You can read a useful summary of this controversy from 2008.

And, the CSIRO received funding from meat and dairy industry groups when producing this book. 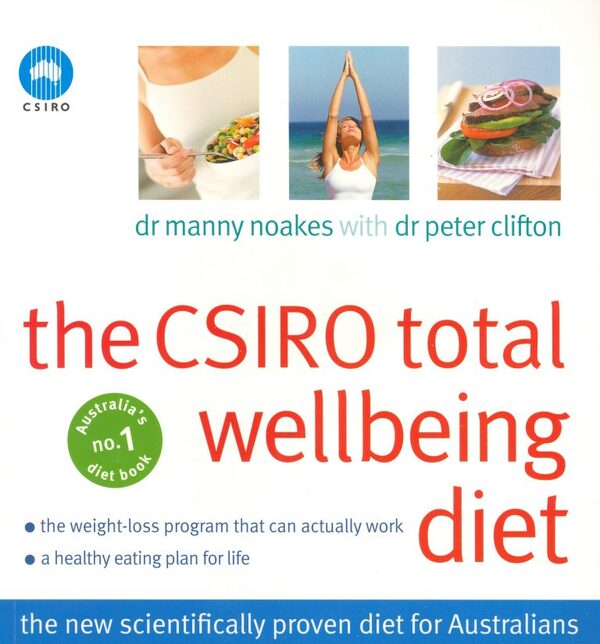 Remember when there used to be controversy about how much meat was in a diet?

If it were another organisation (or a private individual) receiving this sort of support, no one would mind. But the CSIRO has a degree of public trust. The public at the time felt that trust had been betrayed. And nutrition experts considered the book was not based on an impartial reading of research, but focused too much on one series of studies.

The diet was an effective one. But experts suggested the main reason for this was the reduced energy intake it encouraged (a key part of all weight loss attempts), rather than the composition of the diet.

Does this sponsorship lead to bias?

It sometimes does. But we also need to be aware of the bias of the person making the claim.

We’re going to look at some extreme examples to demonstrate this. If you go to Twitter, and search the hashtag #meatheals, you’re going to see some interesting content! People make all sorts of claims supporting quite extreme diets, like the ketogenic diet (usually used under medical supervision to treat epilepsy), and the carnivore diet. 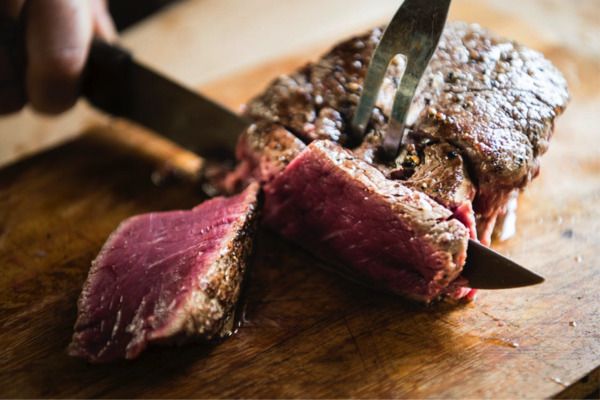 Trust me, I have no bias against meat. But like most things, a certain amount of moderation is healthy.

The #meatheals crowd can be vicious in their criticisms of traditional dietary advice, and the evidence that supports it. CSIRO’s Total Well-Being Diet, while being selective about the research that informs it, is still broadly in line with the Australian Dietary Guidelines. It doesn’t recommend anything extreme like eliminating food groups, just different amounts of these groups.

This criticism is influenced by bias

Mikhaila Peterson (daughter of psychologist and right-wing personality Jordan Peterson) is a vocal fan of the carnivore diet. She provides a classic example of this bias. Information that she disagrees with is ignored, no matter how high the quality.

As you can see, she is dismissive of any research that disagrees with her opinion that the carnivore diet has helped heal her of a number of medical conditions. Making this bias worse could be scientific illiteracy. It’s not clear she knows the differences between high and low quality evidence.

Research is complicated, hard to read, and at times the results are not clear, so this is understandable. For many people, personal experience, or the experience of those close to us, is more compelling than the technical jargon in academic articles. Confirming Ms Peterson’s opinion is her personal experience, and changes in her health that she has attributed to this extreme diet, rather than any other factors.

But this is an extreme example

It is, if I pretended otherwise I’d be guilty of making a poor argument. But it’s a useful way to show confirmation bias.

People may use funding as a reason to ignore some research about dietary advice they don’t like. They may accuse, for example, “Big Food” companies of influencing the results of this research, and the healthy eating guidelines based on it.

Evidence you don’t agree with can be disregarded using this argument.

But this is a lazy argument, known as “poisoning the well“. By saying someone is funded by “Big Food”, whether true or not, we are implying we cannot trust anything they have to say, whether it’s accurate or not.

Funding is an important issue in research

We’re not arguing here that the source of funding doesn’t matter at all, it does. A research paper is more likely to be positive to the source of its funding. And it’s been shown to happen in nutrition, though evidence is mixed.

This is usually not because researchers are dishonest though. The researchers may have a bias they are unaware of (they’re only human, after all), or the business providing the funding may not want the research published if it is not supportive.

But while this is a genuine concern, for most research it isn’t a problem. Most research is conducted without corporate support. And publicly funded research does not result in any pressure to find certain results. Not even all private support influences results. For example, my own doctoral research (into the fitness industry) was conducted with some in-kind support from Fitness Australia, with no strings attached.

Researchers are also obliged to report their funding sources and potential conflicts of interest in a published article. This allows readers to interpret their research with this information in mind.

How should we read nutrition research?

Research should be read carefully. It should be examined as part of a larger body of research, and the results of individual studies considered with funding in mind.

Scientists often make decisions about how much to trust certain research. For example, this review of the health effects of soft drink consumption specifically identifies the effect of industry funding. It then makes a recommendation that the soft drink industry would probably have preferred not to read!

And when you look at a document like the Australian Dietary Guidelines, other factors are considered when judging research quality. Research is not included if it’s out of date, or if the design of the study is not good enough. We also need to consider if the population studied is relevant to the population we are applying the findings to, and examine the statistics reported.

Then we look at the whole body of research. Scientists putting together these guidelines don’t just look at a few studies. They look at all the research, exclude what can’t be trusted, and make a decision on their recommendation, and then also discuss the quality of the evidence that supports this recommendation.

You can read this evidence report here, and the actual Guidelines here.  Which you should do if you have a beef * against these guidelines. Refer to Step 1 of our guide to criticising established science for more information.

But what about “Big Food”?

Now we get to the point. Is “Big Food” responsible for influencing healthy eating recommendations, that result in us getting fatter and fatter?

Probably not. For a start, in Australia at least, the dietary guidelines are produced by the NHMRC, Australia’s peak body for medical research, which does not rely on corporate sponsorship.

So “Big Food”, or “Big Sugar”, has a much smaller influence on these guidelines than many people think. After all, the guidelines explicitly call for reducing the amounts of added sugar, salt, and saturated fat we eat. Those that argue that the guidelines encourage refined sugar consumption have a pretty weak case.

So it’s ok to be aware of, and concerned by, corporate sponsorship of professional organisations. And it’s absolutely right to be aware of the funding of research. But don’t disregard research only because of this funding. Consider it as part of a larger body of research, and be aware of its place.

Or, if that sounds too hard, be aware that others have already done this for us, and come up with really useful documents that summarise the research in a way that the public can easily understand!

← How to criticise established science So you want to get big... what sources of information should you use? →